From EarthMC
Revision as of 01:53, 10 November 2021 by >JamesTorelli
(diff) ← Older revision | Latest revision (diff) | Newer revision → (diff)
Jump to navigation Jump to search
This article is about New York (town). You may be looking for New York (nation).

New York City is one of the many towns created in the early access of Terra Nova and was founded by Lucas2011. As of 11:44 EDT 27/10/18. In April 2019, New York became the capital city of the breakaway nation of New England.

The cities infrastructure mainly consists of roads with Ice Highways being banned in the city. Councillor Bob_Denim is in charge of the road infrastructure, as well as construction of the MTA (NYC subway system).

New York is the only city on EMC to feature a power grid that connects to buidings and road signs alike, that can be turned on and off at will. 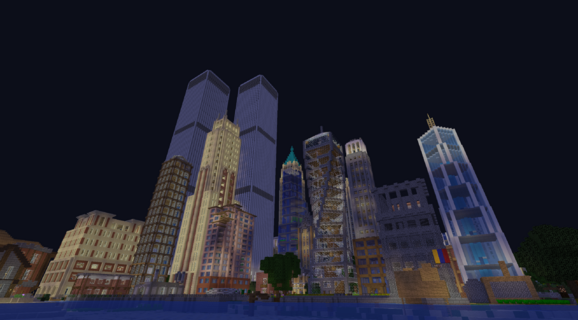 New York was the third town to be ever created in Terra nova, and is by far the most developed.

New York has seen a period of steady growth, with a population of nearly 50 citizens as of March 2019. In April 2019, New York unified with the city of Newark in the nation of New England, expanding its reach southwards over the coast.

By September 2019, New York was the city with the most amount of players (75), but it would periodically lose this title from time to time due to players leaving New York to join other New England cities. As of October 25th, 2019, New York is EMC's 3rd largest city with a population of 85 people.

New York's town spawn point is a fort originally created by Lucas2011. It stands between the Manhattan and Long Island Districts. It was the first structure to be constructed. A room reserved for former Wabanaki official MylesRatliff still exists inside. 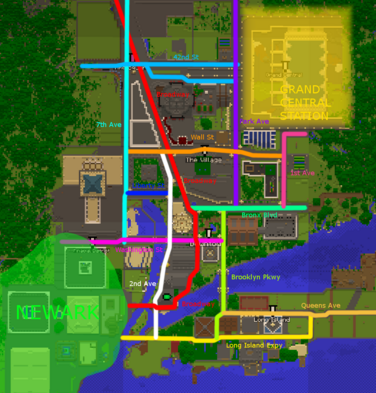 New York also exists in tandem with the city of Newark.