Template:Town Infobox Adler is a small town located between Russia and Georgia on the coast of the Black Sea. It was founded on May 13th, the first day regular players could join Aurora, after griffinht and Thebarbarian777 acquired 64 gold.

Immediately upon joining Aurora, griffinht saw _Billeh advertising his town of Baghdad to new players. griffinht quickly joined this town after his cooldown expired, and was unexpectedly gifted 4 diamond blocks. There was also an ender chest to safely store his newfound valuables. After stashing his gift, griffinht descended in to the mines of Baghdad to begin to collect gold. 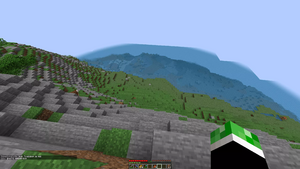 Adler right before it was settled

It was around this time that Thebarbarian777 joined and began scouting the area of Georgia for a suitable area to settle. Quickly a spot was decided on, and thanks to the vote gold and the gold acquired within the Baghdad mines, Adler was formed atop a mountain. 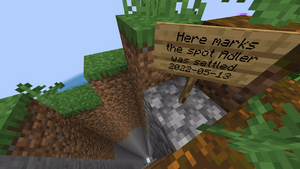 A large hole leading to deepslate, right next to Adler's spawn

The first thing griffinht did was dig a hole down to the deepslate layer and begin mining for gold. The first gold was used to buy better tools from Louisiana (todo link). Then, gold was used to expand the claims of the town.

Soon Adler's miners became hungry, and griffinht began planting a garden by the water. This garden would include all the major crops as well as trees. Saplings were planted and trees were chopped, unless the tree was a special large tree. These large trees would be preserved, helping to form the garden as it is today. 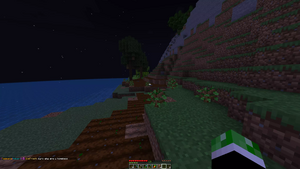 The beginnings of Adler's waterfront gardens

The Great Gold Heist of khazar

Shortly after being founded, Adler was contacted by seychelles4567 of iwami regarding Adler's proximity to their nation. Adler was informed it must disband and move, and khazar was willing to fund the move with 100 gold after disbanding. Adler did not appreciate being told to move, and had no intention to. Instead of disbanding and accepting the 100 gold offer, Adler lied to khazar, claiming it only had 10 gold after expanding its claims and would need 56 more gold before disbanding in order to start a new town. khazar obliged, and had Thebarbarian777 meet seychelles4567 at his town where Thebarbarian777 was give the gold that was supposed to be used to create a new town. Instead, Adler used the gold to claim more chunks.

seychelles4567 realizes the 56 gold was not used for disbanding Adler and creating a new town.

Later, a player from khazar would come to Adler with invisibility and a full set of gear to kill griffinht while he was building. Nothing valuable was lost in the attack.

Adler's neighboring town Tbilisi was home to a mixed bag of characters. Some members of the town were friendly with Adler, while others, like the player 768, showed unnecessary aggression. 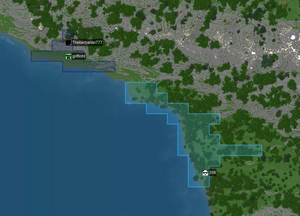 An aerial view of Adler (north) and Tbillsi (south)

griffinht was walking on the path he had built between the two towns, wearing nothing but his skin, when he was spotted by player 768 of Tbilisi. 768, wearing a full set of armor, managed to kill griffinht. He was unarmed at the time. After being killed, griffinht traveled to Tbilisi to say hello and observe their wonderful town. 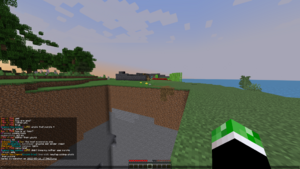 griffinht visits Tbilisi, finding a large hole next to the magnificent town square, containing an open air base decked out with a netherwart farm and enchantment table.

After Adler's claims were expanded, focus was set towards building the waterfront area of Adler. A garden serves as the centerpiece of this area, filled with various crops and vegetation. A set of paths made out of deepslate blocks traverse the area, making travel easy. 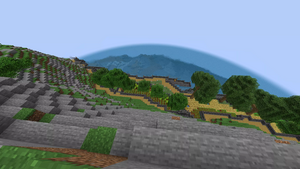 At the bottom of the large hole is the public works center. This area contains public storage and smelting facilities for use by Adler citizens. It also leads to the mines. 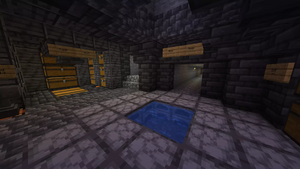 The bottom of the hole, an area containing public storage and furnaces.

Below is a list of notable members of Adler