State of Beijing and Facts

Beijing was the 31st town founded on the testing period of Terra Nova by No_Jewtsu. Beijing had members that came and left because they either got offers to join bigger towns or they

Template:Town Infobox were off to make their own town. No_Jewtsu has a vision to make his nation Ming Dynasty and do everything that the previous owner of china didn't do well. Founded October 27th, 2018.

Beijing was the 31st town. It was lacking members causing No_Jewtsu to solo the town. During the testing periods not a lot was done. Beijing has made an ally with Seoul, in Korea, because they traded diamonds for gold. The main building of Beijing, The Beijing Center, is where all the stuff is stored and was built on the second day Beijing was founded.

Members like Mihailovic and others have joined and left Beijing, but they did help Beijing out a little bit. Within 1 A.D.(1st week of release) Beijing has been robbed by OrangeJuiceMoose. The items that were stolen were: Diamonds, Emeralds, Stone Bricks. After he stole the Items he went right to France. No_Jewtsu told the leader of France, MLGTerra, to exectue OrangeJuiceMoose. The order was done and No_Jewtsu let MLGTerra keep the items. No_Jewtsu decides to be an independent town until the town gets more people. After the town has been announced independent No_Jewtsu started to claim more land. He started building more buildings and more people to help out with him. His dream is coming true to expand the town. Hong Kong, Manila, Seoul, and Beijing decide to make a railroad connecting each other for transportation and Trading. On 11/4/18 Beijing requested an alliance with Manila, they accepted. Everything in the entire town has been stolen by Fearthefilth. Beijing makes an attempt to rebuild. Hong Kong breaks alliance with Beijing for no valid reason, but it was the leader's choice.

The town was succeeded by another Beijing in early March.

Beijing Center, the first building built in Beijing on the second day Beijing was founded. (destroyed)

Korea is a good trading partner to Beijing. The items we trade the most is diamonds for gold at the price of 5:1. 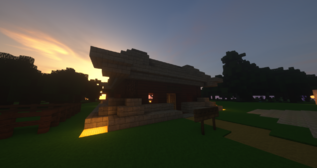 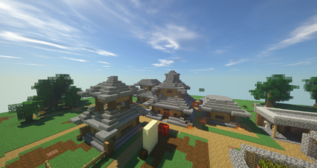 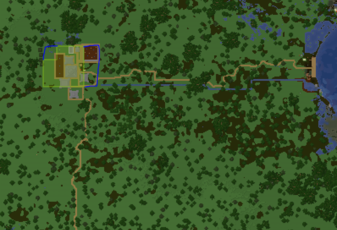