New Zealand, (Maori: Aotearoa) is an island nation located in Oceania. it remains to be the oldest standing nation in the Southern Hemisphere. The main language spoken by most of residents is English.

New Zealand is a nation based in the southwestern Pacific ocean. The nation consists of two main islands, North Island and South Island with many smaller islands just off the coast. The terrain of the two islands vary, with the South island consisting mostly of Mountains and occasional snow and the North consisting mostly of densely forested areas and vast lakes.

Not much has been remembered or recorded from New Zealand's history but the remembered events are listed below.

New Zealand started off as a French Protectorate with a list of strong players, including Tribubb who first spawned on the islands and originally planned on making New Zealand a megaproject but later, all of them decided to move to player central places and they founded nations like France and original Australia, leaving Tribubb to New Zealand.

New Zealand and the Southern Hemisphere's first town to exist was Wanganui, created by Tribubb. The town also comes fifth place for the oldest towns in the whole entire server, being created on the 26th of October 2018 along with many other towns like Kotte, Paris, New York, Seoul etc. Wanganui started off as a similar thing to a Colonial Republican Dictatorship, a protectorate under Terra's France and Tribubb was a consul. One week later on the 5th of November, Tribubb created Aotearoa (the Maori name for New Zealand) and so Aotearoa became the first nation in the Southern Hemisphere and it still remains standing today as New Zealand. One month after Aotearoa was founded, Tribubb declared a Hegemony and New Zealand became independant.

On the 7th of November 2018, Tribubb had gathered enough slime blocks to invent a flying machine and so he put it to use on a stretch of ice road and he managed to glide across the length of the city and did plenty of tests before manning the flying machine. This became the first recorded flying machine to have ever existed in all of EarthMC.

Aotearoa's start was slow and Tribubb was focusing on helping paris expand its borders and also created a crane with emerald and iron that Tribubb had a lot of, then came the nation's first resident, Tezlz. Tezlz joined on the 5th of November 2018. After Tezlz's appearance, many people started joining and New Zealand became fast developing nation with a very helpful community.

January 2019 was when New Zealand had their first time getting lots of residents and by that time, New Zealand had about 110 citizens living there with New Zealand being one of the top ten nations on /n list. Unfortunately, the nation was only on the list for around two weeks due to sudden player loss but the nation was still running nicely and was active.

NZ and the The Great Balkan War

Although not much is known about New Zealand in this war, New Zealand had CuttleFishNZ fighting in The Great Balkan Wars like Byzantine-Bulgarian war and the Second Battle of Constantinople. CuttleFishNZ had to follow a code of conduct where 1. they couldn't fly the NZ flag and 2. not using allied nation spawns when fighting them. CuttleFishNZ is the only known New Zealander to have ever fought in any battle or war.

After almost 2 months of planning and making, Wanganui's famous palace was finished. The surprising part is that Tribubb built every block by himself. It is known as the most biggest project to have been ever done in New Zealand 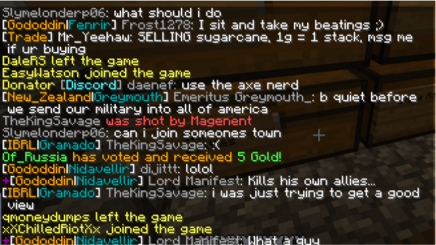 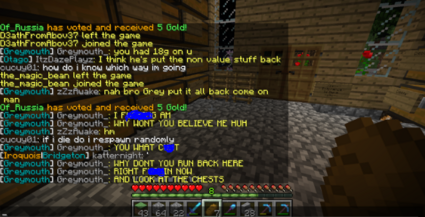 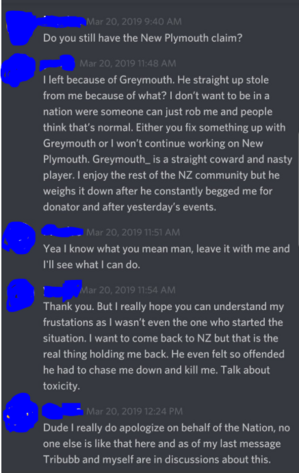 In the top three images, an NZ player says what Greymouth did to them

After putting the case up, Greymouth states that the case is biased towards all but him and that it makes him look bad and says that it could just be kept to justice matters and not be released publicly, then which one of the directorates answer with, "no, this is an investigation, we need to let the nation know." After some argument Greymouth states that the case being publicly announced is violation of his privacy and another directorate answers with, "You are currently being investigated, we have released no private information has been released and all information in the case is already published, the investigation just compiled it. So get off your high horse and sort you battles without abuse of power." After more arguments Greymouth gives his verdicts in a counter argument.

Most would know that Toycat had a big impact on EarthMC as it brought many people into the server but as more people started joining, it got harder for New Zealand players to come on. Toycat is one of the main reason why New Zealand today isn't as active as before and many say that the queue became unbarable as people had to wait 5 hours to get in and majority of the players brought in by Toycat wanted to join major places so eventually New Zealand became an inactive nation. New Zealand, around June 2019 was in the top 10 nations, having 16 towns but the population and activeness dropped drastically and quickly. Only the big towns back then survived this crisis.

Tribubb became aware of the situation Greymouth was making in New Zealand and so Tribubb took away Greymouth's emeritus role which sent shade to Greymouth and he became irrelevent along with his town. Greymouth eventually left New Zealand to create the nation of Fiji and changed his name to Suva. Although Greymouth and his horrible acts left New Zealand a negative history behind, Tribubb offered to fund 500 gold for Greymouth to start Fiji and so Greymouth left as Suva and started his nation. After he left, the town of Greymouth stood for a little longer until it fell into the ruins, as either their residents went inactive or left the town but eventually, Greymouth became inactive or just left the server and Fiji fell too. Greymouth resides at Fiji now and that was the last time New Zealand ever saw him.

New Zealand had their biggest die off between October 2019 and January 2020, right after the second leader of New Zealand, Mochoimochi joined. Towns and cities started falling and towns like Christchurch and Coro lost all their residents, with mainly Hawkes Bay and Bukjoknalla (ancient Auckland) being active. Auckland experienced a big increase on the amount of residents and it later became the most populated town in all of New Zealand.

New Zealand slowly gained back their activeness a little bit when more players started joining. Auckland is currently experiencing a die off and Taupo currently holds the active centre of New Zealand.

On the 9th of December, Mochoimochi announced he was resigning from prime minister and passed down the role to Linkeron1, who now stands as the third generation prime minister of NZ. On the same day, the prime minister shift also shifted capital to Taupo, making this city the third capital of NZ.

Wanganui was the Southern Hemisphere's oldest town in EarthMC. It was also New Zealand's first capital. It has fallen on the 20th of Feburary 2021.

On the 11th of November, 2021, MilanGreeny was elected, after a vote by the population, to take on the role as Chancellor of New Zealand. This brought in a change of leadership of the day to day affairs of the nation, as well as assigning various individuals to act as ministers for New Zealand.

The Collapse of New Zealand:

Around the New Year period, New Zealand suffered a few different events that revealed the lack of leadership within the Nation. Citizens quickly relocated to other nations, and it took almost a week before any leadership from New Zealand noticed, prompting the King of New Zealand to then ask in the National Discord if anyone had "noticed" that this has happened, even though the Discord was very well filled with all the information they would need. This has then caused most of the remaining active citizens to abandon the Nation due to the concerning lack of interest and sufficient leadership by the King.

Infighting started shortly afterwards, with the only active people willing to lead leaving the nation themselves, and starting a new, separate nation within New Zealand: South Island.

With the leadership of South Island not strong enough to take ownership of New Zealand itself, it has left the land as an awkward, hostile place, where no significant development is currently happening.

Other minor nations and towns we're being planned for New Zealand to help revamp it, however these projects were attacked and griefed by the remaining New Zealand citizens, causing the projects to be abandoned.

18 cities are now part of New Zealand, 8 of them are on North Island and 7 on South Island including Waitangi, which is located on Chatham Islands, on the other side of the map, Norfuk, located North of New Zealand where Norfolk island would be and Nouméa, located in New Caledonia. 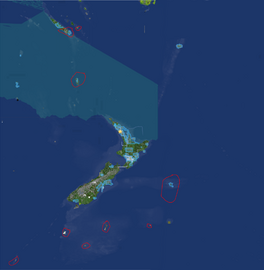 The circled ones are where NZ has territorial authorities

New Zealand holds seventeen regions in total, seven on both North and South Island and three other regions of Norfolk Island, Province Sud (New Caledonia) and Chatham Islands. These are all official regions of New Zealand in real life except all the other smaller islands and two regions on North Island called Waikato and Northland were removed due to town claims going over the regional borders. Here are the seventeen regions: 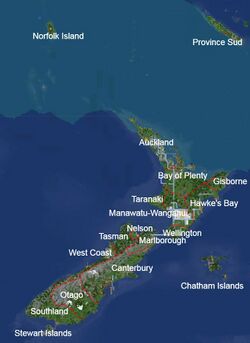 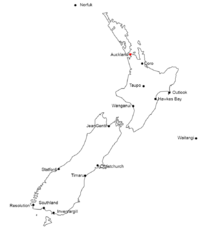 (Stewart Island is a district)

Wanganui is the oldest and the most historic town in the Southern Hemisphere. The buildings over there are ancient and tourists will definitely be intrigued. 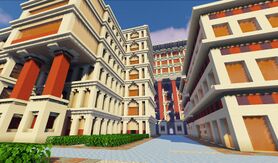 Like the real life Hobbiton in New Zealand, the houses, designs, farms and terrain are created exactly like the movie set. It has nice nature area so it's a good place to check out. 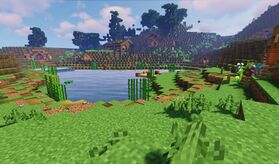 South Island is always said to be more beautiful. It's true. The South Island of New Zealand has high mountains which make a beautiful view from high up and the surrounding snows and fallen towns make it look extremely gorgeous. The castle Wendell is high in the mountains, so if you ever go up there, you'll get an extremely wonderful view of mountains. 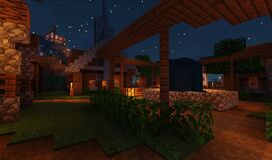 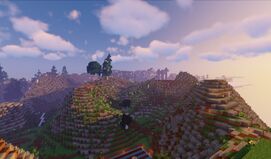 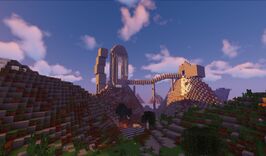 The North Island is a modern area, holding Auckland. Auckland was previously the capital and holds New Zealand's tallest skyscraper, The Sky tower. 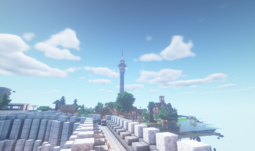