Konigsberg (TA) Is currently (16.05.2022) the largest town in the Baltic region, located in the real life location of Kaliningrad and spread eastward towards it's neighbouring town of Kaunas.

The original town with the name Konigsberg was made on the 1st of May (Launch day) by YellowVictini, who "sniped" the name from GameLinkLP.

GameLinkLP and Pushel were planning to create the nation of Prussia in German lands, to prevent this the town name was stolen which left them with Konigsburg, later to be known as 4.2contactstaff.

(for any future reference of this town the name 4.2 will be used instead of Konigsburg to prevent confusion) 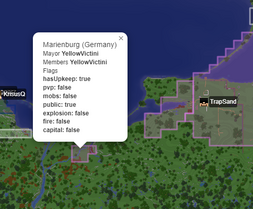 Location of Marienburg, the original Konigsberg

Konigsberg was renamed on the 2nd of May to Marienburg on the request of TrapDane. After the payment of 32 gold to Victini, the town was renamed, at the same time TrapDane created Konigsberg in it's current location.

The town was relatively small for few days (2-5 May) compared to the neighbouring town of 4.2contactstaff which had more members and more time on their hands to mine.

On the 6th of May other members of the TrapGang joined the town to help mine notably Fjolnir05 who was previously inactive. Thanks to this the town at least tripled in size during the day.

Claim map of Konigsberg during the Age of Growth

The town soon found itself surrounded from the west by 4.2, from the north by Klaipeda and from the east by Kaunas, being unfriendly only with 4.2 and on mixed terms with Klaipeda.

Due to the unfriendly relationship with 4.2 a wall was build on the border by the members of Konigsburg. This wall officially divided the towns, in the same way Berlin was divided, to East and West. 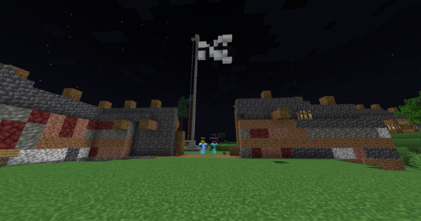 Destruction of the Konigsberg Wall that stood between Konigsberg and 4.2contactstaff 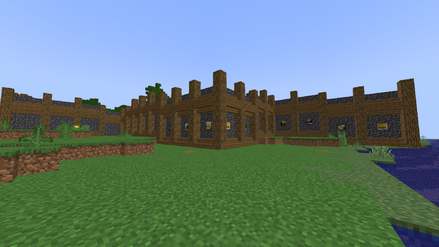 Wall that divided Konigsberg and the town known as 4.2

Konigsburg was able to obtain the town of 4.2contactstaff from Pushel for 1000 gold. The town was tranfered to 7Fen who currently holds it. With this the dispute between the two towns ended, the aftermath of this was the removal of the Konigsberg Wall that divided the towns.

Konigsberg after The purchase

The town aggresively explanded by over hundred chunks to the west thanks to unclaiming of 4.2contactstaff. This made Konigsberg the sole and undisputed holder of Kaliningrad Oblast/East Prussia. 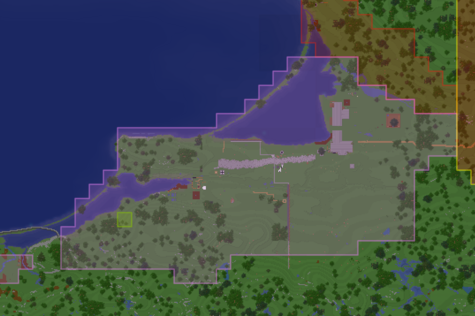 Claims of Konigsberg after 4.2 was purchased and unclaimed (you can still see the 1 chunk town owned by an NPC)

Remains of the Konigsberg Wall

Small part of the wall that stood between Konigsberg and 4.2. This piece of wall was preserved due to its historical value. 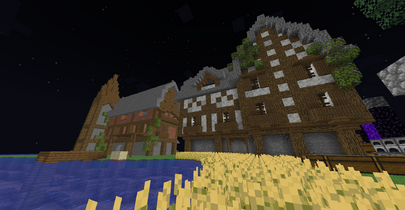 These traditional German houses are currently located in the eastern part of the town. One of these being regarded as the oldest building (of higher quality) in Eastern Europe.

The biggest project that is currently under construction in Konigsberg is the original version of the Konigsberg Castle made by the Teutonic order. This build is still in preparations 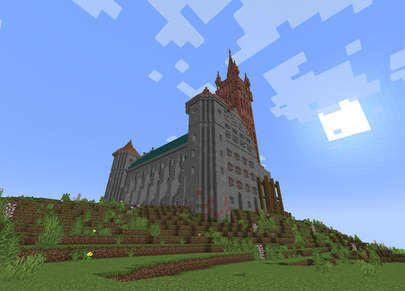 Members of Konigsberg plan to build several builds that in some way involve naval elements due to the large coast north of the town.