The nation was created on May 6th, 2022, with as capital Amsterdam. The towns of Brussels, The Hague, Den Haag, Antwerp, Flanders, Essen, Luxembourg, Calais, Mainz and Köln then joined the nation on the same day.

Originally, the nation was meant to be called Benelux, but after a vote among the nations' members on May 5th, 2022, the name Netherlands was chosen instead.

On May 7th, 2022, the nation had already created a small shop at its nation spawn, selling various early-game items.

The nation spawn then continuted to improve. A decent blaze exp farm was created, and the shop now sells popular items such as Mending. A free sugar cane farm is also available, and only requires players to AFK for a bit to obtain sugar cane.

On May 20th, 2022, the town of Brussels left the nation to create the nation of Belgium. Quickly after that, it was decided to create a Benelux meganation, consisting of existing Netherlands, and the newly made Belgium.

One day later, the nation of Kaiserreich declared war on the nation citing claim-blocking as thier casus belli. Quickly, towns across the Netherlands began expanding quickly to block the approach of newly made Kaiserreich towns that were getting closer.

The nationality of town Saint-Malo started being disputed in early June 2022 by Franco-Germany, who claimed the territory of the Dutch town as thiers, along with towns in the Rhineland and Luxembourg. 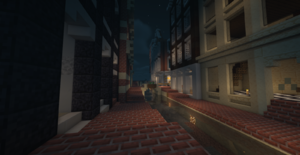 On July 2nd, 2022, the nation spawn was moved and the new Dutch Shopping District opened. It comes with various shops, surrounding a canal, inspired of real life Amsterdam.

The next day, the nation of Transvaal joined Netherlands, with its citizens officialy becoming Dutch citizens, having equal stature in the dutch parliament and government.

On July 8th, 2022, the government was reformed : Ministers are now elected by citizens, and the Prime Minister is chosen by the Koning (King). Elections are held every two months. The four ministers are Infrastructure, Domestic Affairs, Finance, and Foreign Affairs. The first election took place on July 12th, 2022.

On June 26th, 2022, the EMC Protestant church was launched by the Netherlands.

The next day, the nation of Livonia, bought by StLouis_, joined the Netherlands as a viceroyalty. This also caused the french exclave of Saint-Malo to be lost after being sold.

On August 16th, 2022, the conflict with Deutsches_Reich, formerly Kaiserreich, was ended by the Netherlands becoming peaceful. Due to inactivity in the German side, the conflict remained dead and stale.

The government is a Monarchy. It is composed of a King, a Prime Minister and four Ministers. Elections are done every two months.

The PM is chosen by the King and the four ministers elected by citizens.

On June 2022, the nation spans over the IRL Benelux area, also expanding a bit over IRL Rhineland with towns such as Köln or Essen. Brussels also covers French Flanders and Artois. The town of Saint-Malo, located in France between Bretagne and Normandy, allows the Netherlands to have some kind of outpost deeper into France and own the Channel Islands.