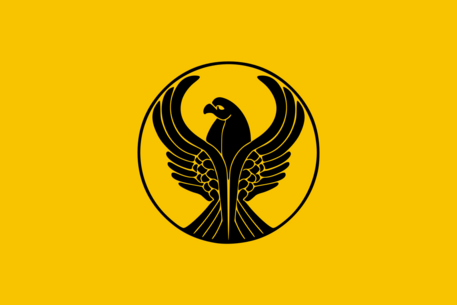 The Autocracy of Trebizond, better known as Trebizond, is a town along the Black Sea. 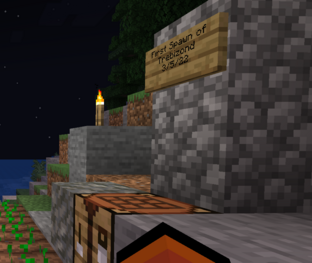 Originally from the Baltic Union, PastelAnt387850 ventured further south in a quest to find better weather and to improve his mining skills. He later decided to unite the Pontic peoples and to start the city of Trebizond in the (at-the-time) empty Anatolia. The only Asia-Minor towns at the very start of the server were Constantinople, Ankara and Izmir to the west. 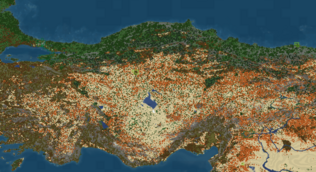 Anatolia during Beta c. 5/4/22. Most of the area was held by the Sultan of Egypt. Trebizond is the green dot to the East.

The town was settled, at the request of the Rector of Ragusa, on the Minithrion headland on the Pontus. After the town was made, Pastel was granted the regnal name of Chrysanthos and began a trade post for the east. At this time, the earliest Golden Bloom (a throne) was built with the iconic cave-flower underneath it.

However, on the 7th of May, due to legal issues that contradict the leader also being the priest in Ragusa, and to spread the faith, PastelAnt387850 abdicated to help become a bishop and to solidify the orthodox faith in Anatolia. After this, his dog was crowned Autokrator Agamemnon I to avoid the church gaining too much power and to form the first EMC dog-monarchy (Regnum Lupus). After his ascension to the throne, the first Chrysobull passed was to combine the Apolitarch and Autokrator titles to avoid too much larp. 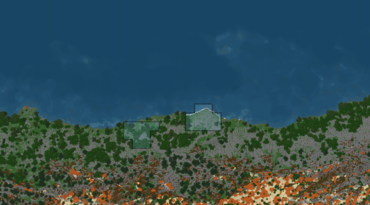 On the day the server was officially released, a new Korean town by the name Trapzuntine (트레비존드) was established to the west of Trebizond, part of a Korean group that was in Rûm at the time, but wanted independence due to the fact the Kaysar of Rûm would not give Constantinople. Trapzuntine grew at an alarming rate and Agamemnon I marched an army of twenty-two dogs to express power on the 15th of May. This came to no avail, and Trapzuntine remained in the land, despite Pastel offering them to move to Sinop instead, He then made the difficult decision to compromise and give them the West, in order to focus on the east- but swore to take on the town aggressively if they claimed beyond the Minithrion and around Trebizond, which was at the aid of the Kayser of Rûm: under which Trebizond was under their protection at the time. On the 16th, Prince Agamemnon II was born to Autokrator Agamemnon I, but the "Teulenids" established their own rival dogs to quell the regnal legitimacy of Trebizond after witnessing the march of Agamemnon I. This was confirmed after a visit to Trapezuntine by Rûm forces. However, the western town struggled to build infrastructure while by the 18th, the early city walls and aqueducts were completed.

Eventually, by the 20th, a peace treaty was made where Trapezuntine gains the West and Trebizond gains the East. On the 5th of June, old Trebizond was finally ceded to the Teulenids: under the terms that the dog monarchy would continue. _Loui became the new steward and bishop. 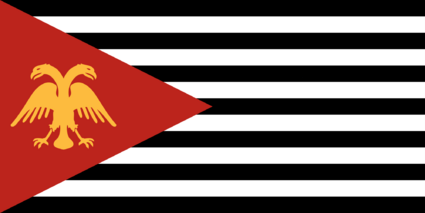 Coat-of-Arms of the Komnenoi

The government is technically not a full autocracy due to the autonomy of the vassals, and the various ministers and electorship. However, it is still highly bureaucratic and still considers itself a "little imperium" (though the elected head does not hold the title emperor because it's too great for just a town) and a roman successor state. Originally there were two titles for the leader- "Apolitarch" and "Autokrator". However, "Apolitarch" was phased off early on in the rule of Agamemnon I. This is due to it's uselessness and it's high larp-potential. There is the Chancellor role held by the bishop, and then several other ministers for each section of affairs. However, the laws released by Ragusa override any decisions made by them- limiting the power of Trebizond in legal affairs. The monarchy is primarily run by dogs, known as a Lupusid Monarchy or a Regnum Lupus, and is the oldest on EMC.

The administrative centre is currently the Minthrion at the centre of the town.

The culture is Pontic greek, and takes part in the classics and classical architecture- rather than modern architecture which is seen as barbaric and based in debauchery. The official religion, like Ragusa, is orthodoxy and Trebizond hosts the earliest confirmed place of worship in Europe: St Eugenios of the Grey Minthrion -with its foundation and older crypt built on the 4th of May.