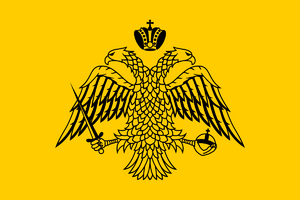 The Symbol of the Ecumenical Patriarchate

The Eastern Orthodox Church is an early christian communion on EMC Aurora. 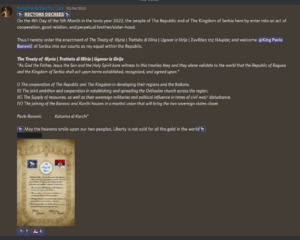 Thought up before the beta was released, the earliest churches were established across the balkans on the 1st of may due to the fast claiming of Constantinople, with older strongholds being near Serbia and Trebizond- with the latter having the oldest confirmed church in Europe. The communion was originally dispersed -though confirmed on the 3rd of May through the Council of Ploce- but the Patriarch Imp grew the communion officially with the marital union between the planned nations, Ragusa and Serbia, on the 4th of May. After this several new dioceses were formed under this patriarch.

Under the Patriarch of Christ Pantokrator, Dubrovnik (1st of May), and the great Council of Ploce (3rd of May):