On the 2nd of September 2022, XD_FinPlayzz and 2fingered griefed the town of North Boston and fled to the nation of Victoria. On the same day at 5PM GMT+1, IvannnO6 was invited to a conference between him and his majesty Emperor of Victoria. The conference has stenghthen diplomatic ties between the CSA and Victoria and everything stolen was given back to IvannnO6. Later that day, CSA's September Elections have began. IvannnO6 decided to submit his candidature and promised to make the CSA a superpower and redo the border agreement with Cuba as well as creating a constitution.

The main campus for Harvard University is located in North Boston. It is currently comprised of a single building (Pforzheimer House) that is currently under construction. More buildings are going to be built such as the Harvard Memorial Hall. 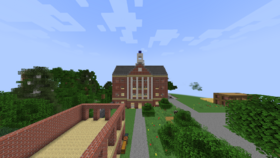 The Boston wall was built by the town of Harvard upon claim blocking the town of North Boston. Most of the wall fell during the capitulation of the town of Harvard although some fragments have been conserved. On the 30th of June 2022, LucasiaOfficial accidentally destroyed the wall. It is currently under reconstruction. 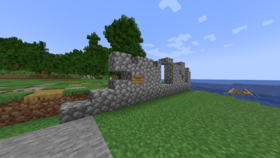 A segment of the Boston wall near the sea. 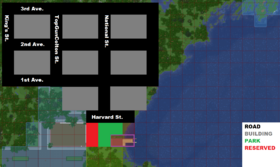 North Boston has a several mineshafts under the ocean at Y -16. They will be transformed into an underground ice highway in the far future.