Finland is a small republic located in the Baltic region of the European Continent, it was one of the first nations to emerge.

Finland was established by J1K on the 6th of May 2022 with it's capital being Espoo. The nation would be proclaimed a Constitutional Monarchy

On the 15th of May 2022, Leader of Aland, 9DF would be denounced as an outlaw in Finland after a conflict between border claims between the two nations. which would begin the Aland-Finland Claim war. 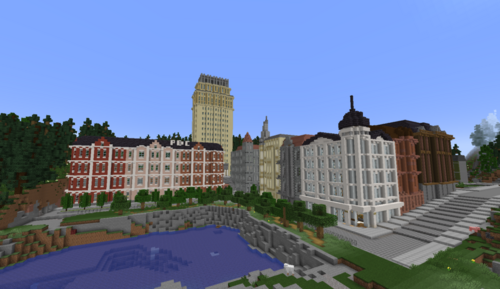 Current Capital of Finland, Viipuri as of July 2022

During the following days more towns in the northern parts of Finland were recruited aswell as an exploration to the Arctic on 20th of May 2022.

6th of July 2022, The King of Finland J1K, would abdicate the throne with Emppu708 declaring the 1st Finnish Republic and becoming the official head of state. The capital was moved to Viipuri and relations between Aland and Finland were normalised after a diplomatic meeting was held.