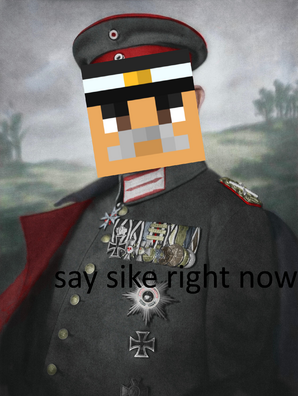 It started with caarliitoo inviting lucled to the city of Stockholm back in the very late Beta Era after some hype of wanting to play on the next version of EMC. Weeks passed and we built most what Stockholm (Tukholma) is today. After some boredom him and caarliitoo decided to take a short break from the server (mostly because of school aswell but nevermind that) We decided to give the City to the player xWaazes_ (Currently the Mayor of Dresden) aswell as the nation to see how well he could handle it as a test. He then after some time ended up giving it to Sweharry who when we returned refused to give back the city to the true King caarliitoo. He instead gave it to wextramc and they both coup'd Sweden.

After that occurance him and caarliitoo had plans of retaking the City by making Finland and slowly restoring the Swedish Empire but that never happened, instead we went inactive for another 3 months.

I then attempted on returning but the queue was over 300 players so he gave up after a few seconds lol, Another month passed and it was June 24. After a lot of discussing with the Kaiser FrederickIII and other people on EarthMC he had decided to buy Priority and finally return to the server. That was when he realized what had become of Stockholm, Legacy and history destroyed ruthlessly by the aggressive Finns. After that he discussed with Caarliitoo to attempt a slowly and silently take-over in Tukholma to regain Stockholm. We got good relations with the Finns but we left after 2 weeks due to realizing it was going nowhere. he then got a plan, which he quickly introduced to other Germans and Caarliitoo. he was to go and take the Great City of Stettin. After some discussion with EchoOcelot of Burgundy he thought that he could have the City, But only if Caarliitoo became Kaiser of Germany again, Something which he could not risk without losing good relations with it's current Kaiser he refused to take the City and instead went to make the City of Hannover which would eventually grow to become the banner blasted city it is Today.

Long before the creation of Hannover, Germany has been struggling to unite when several nations seek to claim certain parts or all of Germany. lucled tried his best to speak with these leaders but recieved nothing but autism and unrealistic demands.

In August 2nd Otto Von Bismarck (JustNinja02) won the votes and took the title as Kanzler of the German Empire. He later announced his cabinet the 3rd of August, which he had discussed before handing out with the Kaiser. he then became Minister of Propaganda,

Long time ago, him & caarliitoo decided to take a break giving the town & nation to a trusted player xWaazes_. After xWaazes_' misjudgment putting Sweharry as King, the Town and Nation proceeded to be led by two traitors to the nation. Not giving back the crown to the rightful King caarliitoo. The Traitor would eventually be banned and the city of Stockholm, was lost into the hands of an enemy we did not even know we had. Finland humiliated Sweden with their griefing and building of statues, burning the flag and construction of concentration camps. Many months after, leading to the near end of 2020, Both the Ancient Swedish nation and City of Stockholm were reclaimed. Ending the long pain and destruction of the City.

After near 2 Years of Stockholm in enemy hands, There was nothing left but ruins of it's glorious past. Somewhere in late October or November, the player odditylol gave the City back to it's previous leaders, him & caarliitoo. In Late December, We decided to rebuild from the ruins of the old city. Which proceeded to take an entire day of scavenging and rebuilding the old terrain that once was. We have started rebuilding the old Houses that was aswell as a Statue to honor these 2 years have not been in vain and shall act as a Peace for the entirety of the Northern peninsula.

Hope has returned at last.