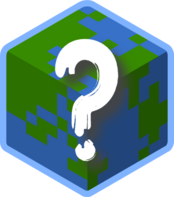 This page is a page for putting things on the server that people may of not known about, do not put any personal info about certain users or small towns, as this is for interesting facts, not the population of your 5 chunk town.

I suggest bolding the ones you think are especially cool.

The biggest city by chunks is Tasiilaq, surprisingly, in Greenland, it is 940 chunks. Rennes also holds this amount; it is the largest claim possible. ( 8 x 100 (max residents, 8 plots a person) + 140 (max nation limit)

The biggest cities by population are: Mersa and El Obeid

The biggest South American nation is Argentina, with 1728 chunks.

The biggest European nation changes, but is either France, Britain, Italia, SPQR or Germany at any time.

The biggest Antarctic nation is either Glacier_Spartan or Antarctic

The biggest Australian nation is New_Holland

The biggest African nation is Nubia.

The biggest Asian nation is Qin

The oldest South American nation is La Plata, which was founded in November 15th, 2018. This means that it also has outlived all of its regional rivals (Nuovo Palermo (went inactive and died), Incan Empire (disbanded), and Patagonia is already past its peak)

/Suicide list jokes are jokes you don't see often very much anymore, /suicide list is a fake command that makes new users expect to see a list of who's died the most, but just kills them.

Fix bought his username from a name salesman named AppleProducts, he also owns names such as: Euro, Boat, Teem, Sicko, and Soup that have been yet to be bought.

The largest article in all of this wiki is Nubia.

Voting crates have gone through 4 total balance changes in the past.

The largest nation in the world to not have a nation about it in EarthMC is Bangladesh, at 168 million residents.

The smallest nation in the world not to have a nation about it (not including microstates) in EarthMC is the Vatican with a little over a thousand inhabitants. Although a couple micronations have been recreated, such as Sealand.

The most /n add enemy'd nation ever is Tibet, which teleport trapped for longer than anyone else has.

The shortest lived nation is North_Canada, which was created by Skater and then disbanded minutes after.

The nation with the weirdest political system is the Incan Empire with their government being a "Federalist Dictatorship Constitutional Monarchy".

The most religious nation would have to be Pissist Kush, with the nation being a holy land for the religion of Pissism, but also their government being the "Free Theocratic Anarchist Communes of Kush"

An old alliance that many will not remember; Foedus Christiana (translates to Treaty of Christ) had some controversy arose with the name. Although Foedus is an ancient Roman term for pact or treaty, players had brought up that it could also mean ugly or disgusting. “Foedus“ in Latin, when used as an adjective rather than a noun, can translate to ’foul’ or ‘ugly’.

Ukrainian_Reich was renamed from Bulgaria exactly one year to the day when Bulgaria was first founded.

There are many different variation of the IRL Russian City Moscow, they include Muscovy, Red_Moscow, Moscow_City, ModernMoscow and Duchy_Of_Moscow. However ironically none of them were located in the real location of the city. for the longest time, Moscow in EarthMC was located in Washington, in the United States.

an Advert for the Kahoot

The Largest EarthMC-themed kahoot event was hosted by Faux News on January 5th, 7pm EST. It managed to garner over 69 different players, although some of them were bots.

The name of Faux News is actually a pun. Faux news is a parody of Fox News, an in-real-life American News Channel which tends to make false and biased news stories. "Faux" is french for fake, fitting the parody-of-fox-news identity quite well.